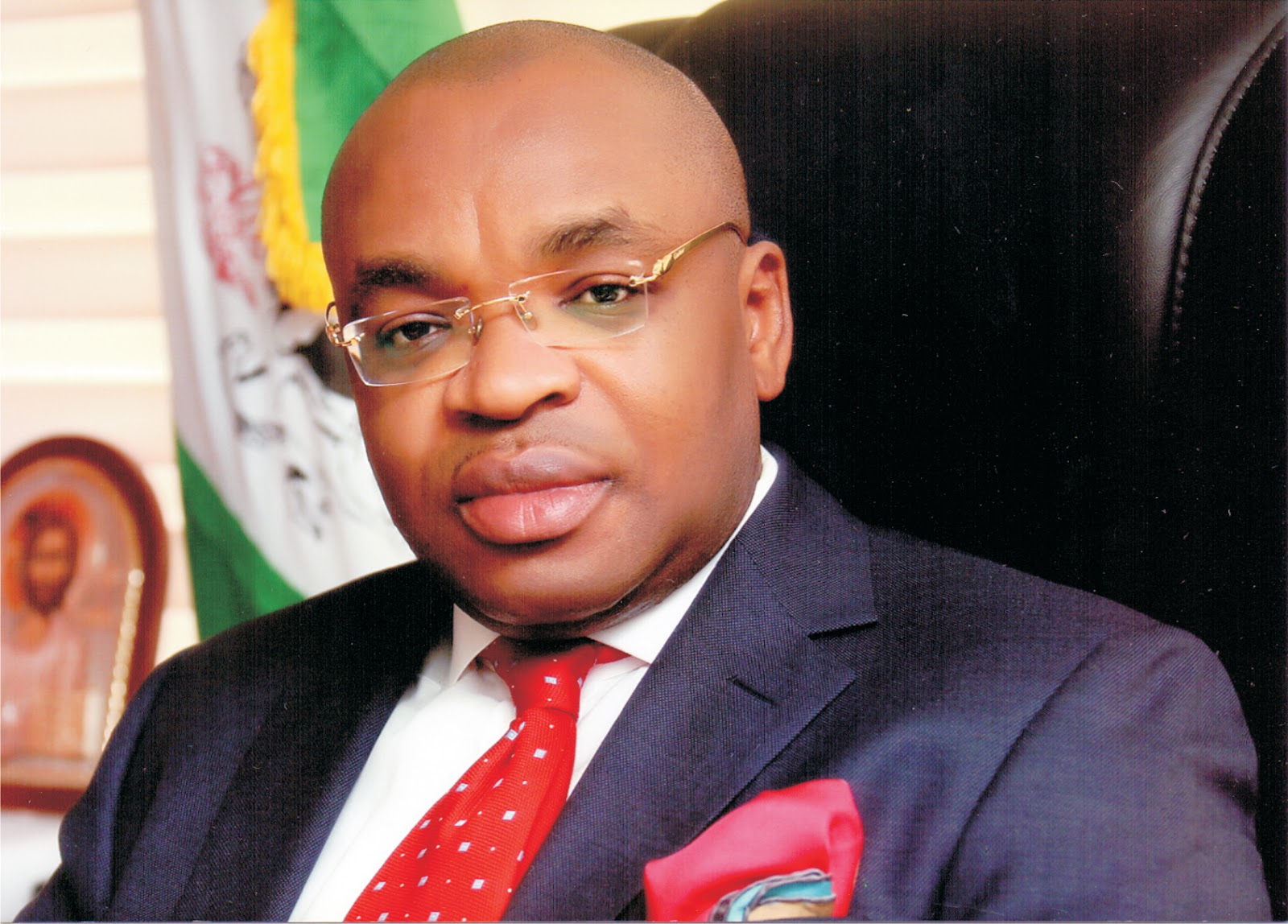 There is currently an alleged plot by the Akwa Ibom State Governor, Emmanuel Udom, to hijack delegates list for ward congresses of the state chapter of the Peoples Democratic Party (PDP) in favour of his anointed candidate, Pastor Umo Eno, SaharaReporters has learnt.
The PDP in Akwa Ibom has been embroiled in crisis since the announcement of the Commissioner of Lands and Water resources, Eno by the governor as his preferred successor at a meeting with few leaders and some religious leaders known as “Fathers of Faith.”

The ward congresses which have been scheduled for Saturday April 23, 2022, will lead to the PDP primaries in the state.
A source at the National Secretariat of the PDP who spoke with SaharaReporters disclosed that Udom had spent millions of tax payers’ money to bribe party officials in order to hijack 500,000 new membership cards meant for party members in the state.
The plot, it is alleged, is to ensure that the cards are issued only to trusted associates of the governor who will in turn ensure the emergence of ad-hoc delegates who will do his bidding.
At a recent meeting with some state party executives, the governor directed them to commence the compilation of lists from the various wards.
In the aftermath of the meeting and directive, the State Chairman, Mr. Aniekan Akpan, convened a meeting of all LGA and ward Chairmen where he instructed them to surrender sensitive registration documents in their custody Including Ward Registers and new Party membership cards intended for distribution to members of the Party in their respective wards.
There have been reports that ward chairmen were also instructed by some government officials from their domains not to issue the cards to members, while those who had already compiled names of members for issuance were directed to withhold the cards.
SaharaReporters gathered that the governor and his allies intended retrieving the unused party cards and the registers, and then inviting selected people to certain locations over the next few days to fill out the remaining cards and their names listed in the various registers to enable them vote in the congress.
Some members of the party who spoke with SaharaReporters expressed fears that the desperation being demonstrated by the governor’s camp was capable of endangering the relative peace that characterised the Akwa Ibom State Chapter of the PDP and undermining its chances at the general election.
Another source said, “The governor is desperate to impose an unpopular candidate on the party but it won’t fly. His choice, Umo Eno, lacks the pedigree and popularity to win this election ahead of other aspirants.”
SaharaReporters had on September 24, 2021 reported how the governor chose Umo as his successor.
The choice of Umo has raised serious dust in the party with many aspirants and leaders of the party insisting they would resist any form of imposition by the governor.
Key members of Gov. Udom’s cabinet including his Chief of Staff, Ephraim Inyang and two Commissioners resigned out of protest to pitch tent with other aspirants in the race.
No fewer than 14 aspirants picked the Nomination and Expression of interest forms to contest for governor in defiance of Udom.
There has been anxiety within the governor’s camp that his anointed candidate has no chance of emerging as a candidate in a free and fair contest, hence the resort to under-the-hand tactics to skew the delegates’ list in Udom’s favour.